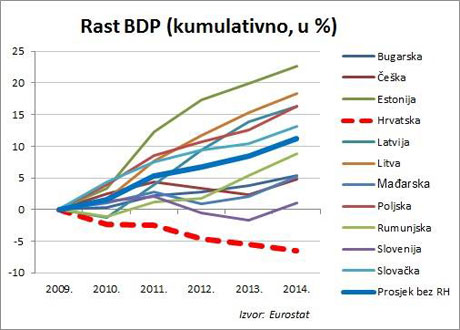 For five years, Croatia has been in a recession. Now the EU newcomer is being threatened with a deficit procedure by the EU for having excessively strained its budget. Vladimir Cavrak, a Zagreb-based economist, estimates that the budget deficit for 2013 is at 4 %, thus over the 3 % threshold. In the following two months the EU Commission will draw up recommendations, the EU council will then make a decision on the deficit procedure, says Mr.Cavrak.